It’s been a very interesting two weeks, and there were many tweets from community members being featured in interviews for popular news outlets. There were also some major players joining the NFT scene recently and a number of celebrities aping into collectibles.

Now let’s dive in and see which top NFT news made it into mainstream media!

The popular sports broadcaster, Ros Gold-Onwude, talked about her BAYC NFTs on Dogs of Sportsnation on ESPN. She briefly describes what BAYC is about and the NFT community.

Sooo… it was International Dog Day recently, and while I don’t have any real dogs as pets, I talked about my NFT @BoredApeYC Kennel Club pups on ESPN @SportsNation 🤷🏽‍♀️☺️🐶❤️ pic.twitter.com/VcsWYyIMWu

Vogue Singapore released the first-ever NFT cover for its September issue, which is also the biggest and most important issue of the year. This marks a monumental moment for the mainstream adoption of NFTs. There are two different NFT covers that users can see by scanning the QR code on the magazine. The NFTs were designed by prominent CryptoArtists Shavonne Wong and Chad Knight.

HERE'S MY NEWS! Guess who got the opportunity to work with @voguesingapore in creating the first-ever Vogue NFT cover?!
Thank you @Musingmutley for this and I'm incredibly grateful to have been able to collaborate with @the_fab_ric_ant on this! pic.twitter.com/bGsqfuPfC9 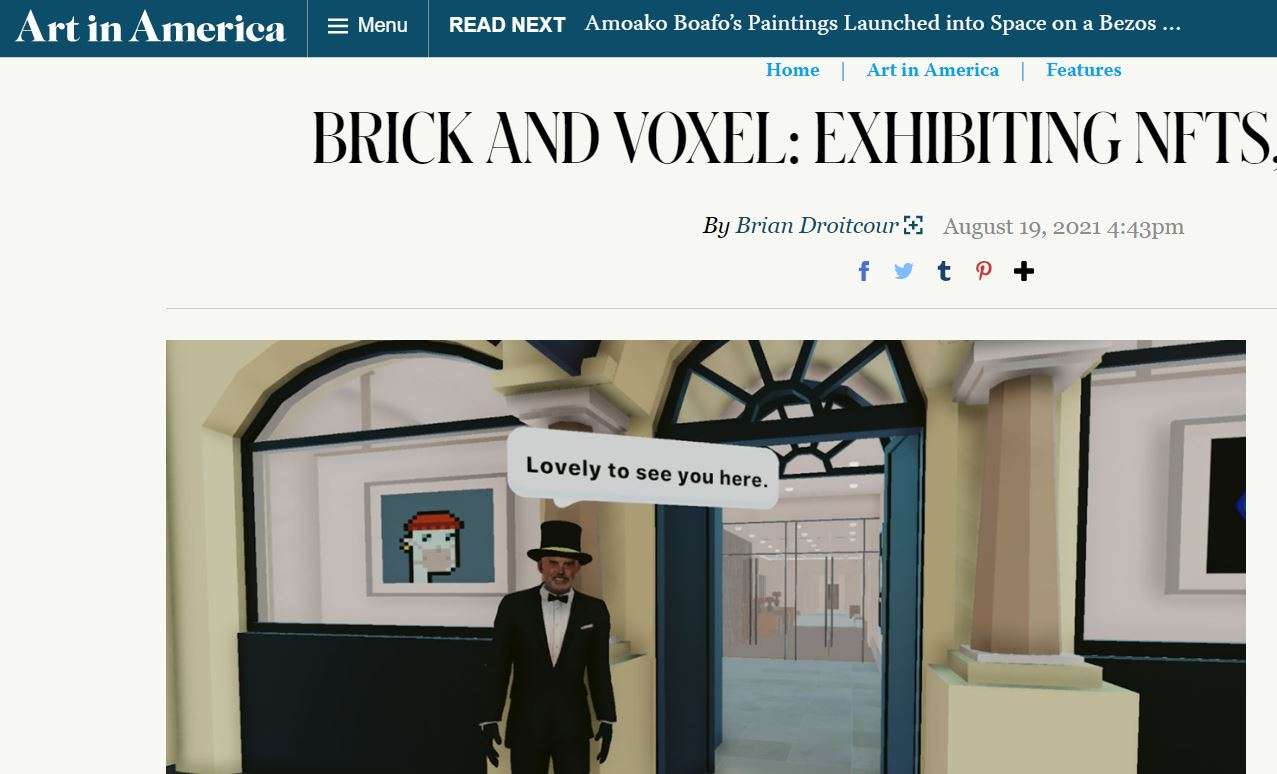 The Wall Street Journal released an article discussing how hackers and scammers are using NFTs to exploit the community. No doubt that a number of people in the NFT community have suffered massive losses in the past few months, both through wallet hacks and scams. The article also talks about artist Milos Rajkovic who recently found an impostor trying to sell off 122 of his works as NFTs for as much as $50,000 combined. 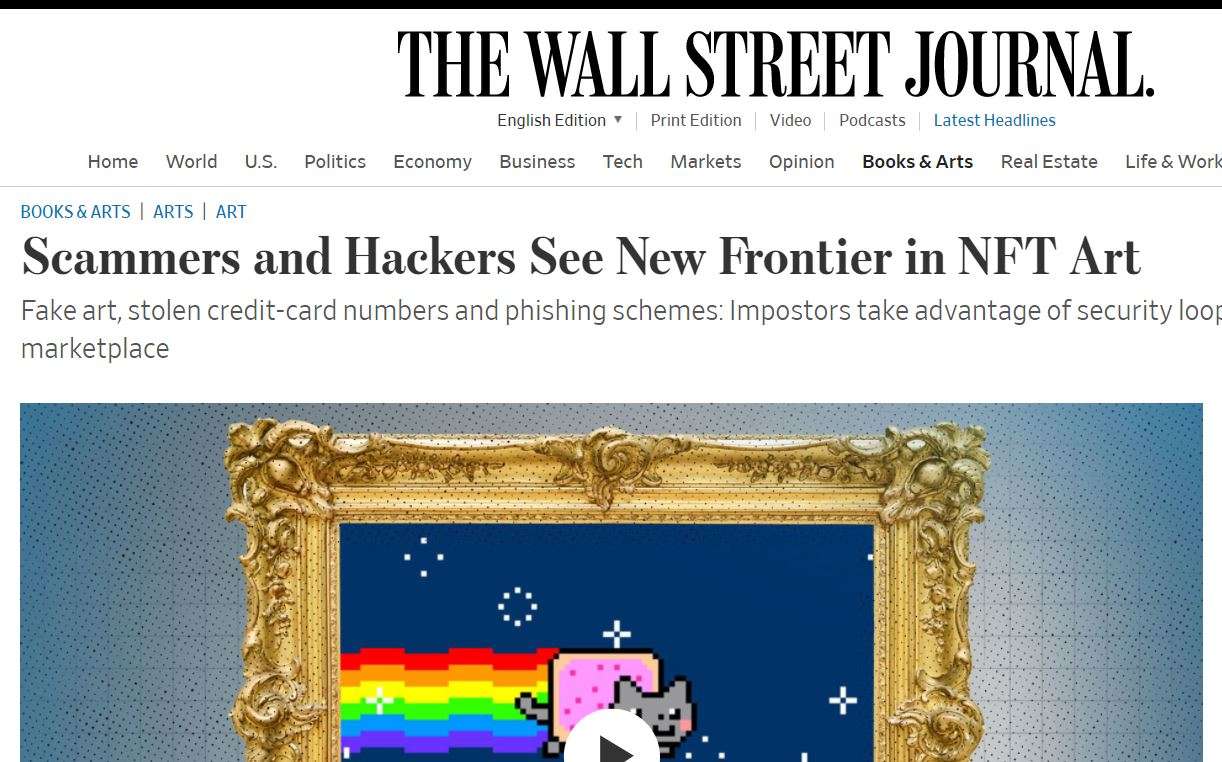 Visa recently made headlines around the world and on CNBC with its purchase of CryptoPunk #7610 for a cool 49.5 ETH. This was a significant moment in NFT history, as the payment giant invested in the NFT movement. The purchase was orchestrated by newly licensed Digital Asset Bank, Anchorage. 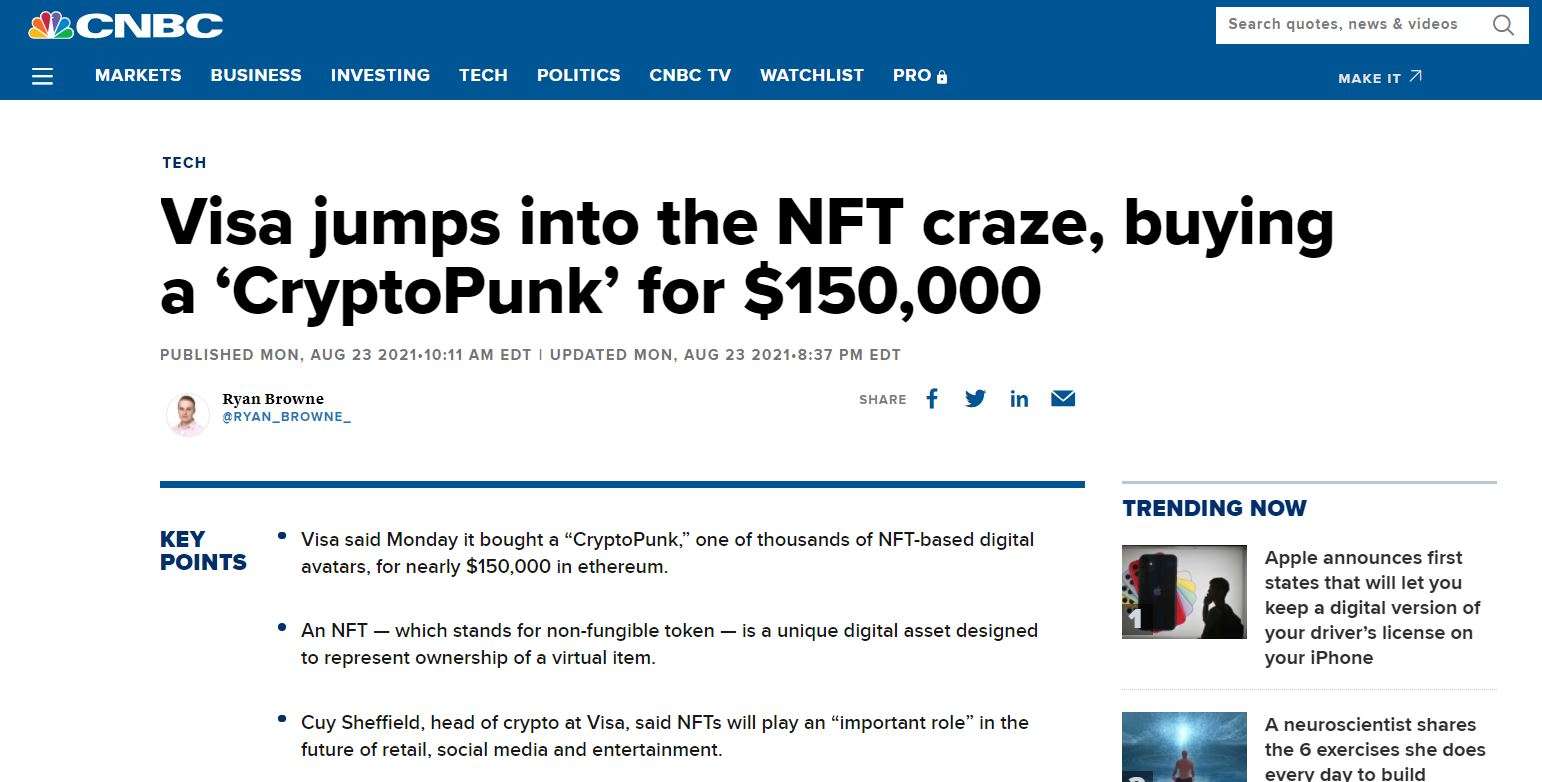 Roger Dickerman, founder of the Artifex Project, was interviewed by CNBC reporter Kelly Evans on The Exchange show. He talks about the inherent value of NFTs, why they aren’t just a passing fad, and what the next phase of the market is.

After exploding in popularity this spring, the #NFT market cooled off a bit, but markets for digital assets are once again seeing a major resurgence. @RogerDickerman on what the next stage of adoption looks like. pic.twitter.com/TgCa6OndEs

Leading tech magazine, PCMag, released an article titled “Hollywood Looks to NFTs (and Fans) to Get Their Shows Funded.” The article asks the question: can producers keep crypto communities engaged enough to really do battle with deep-pocketed execs?

It also talks about BAYC, Stoner Cats, Glue Factory Show, and more. It takes a look at how NFT collectibles projects are more than just social profile pictures; they are also lucrative endeavors with strong communities and many have managed to raise money to fund other initiatives.

Bloomberg regularly releases snippets of what is trending in the NFT scene. These past two weeks the publication featured Alexis Ohanian, Founder of Seven Seven Six and CEO of OpenSea, Devin Finzer. Ohanian delves into the mechanics of blockchain gaming and the huge potential of the play-to-earn model. He also mentions how Axie Infinity has positively impacted Filipino communities.

In an interview with Emily Chang, Finzer shares the details of OpenSea’s growth, current statistics, the reason why NFTs have grown so much, and the future of OpenSea.

Blockchain gaming is a global phenomenon that'll create the next "paradigm shift", and @alexisohanian doesn't use that word lightly. He speaks with @emilychangtv about the future of community and capital https://t.co/uCxhXgE4vq pic.twitter.com/qFoAzSPRmQ

OpenSea transactions have soared from $8 million in January to $2.3b so far in August. CEO Devin Finzer tells @emilychangtv how and why the "Amazon for NFTs" is exploding https://t.co/vQskIfS6Ob pic.twitter.com/nWPM8Qvz78 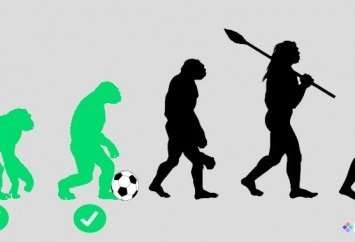 How The NFT Industry Just Matured Right Under Your Eyes 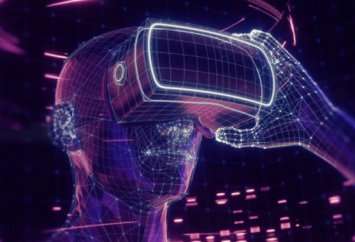 A Quick Overview of Blockchain-Based Metaverses 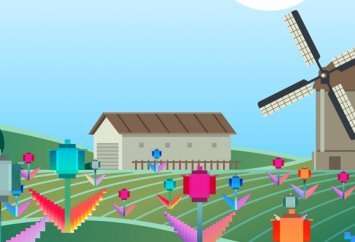 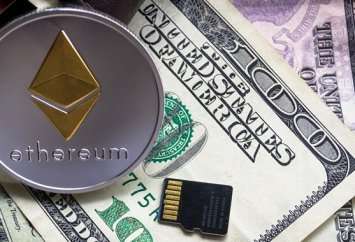 Buy High, Sell Low? How to Make the Most Out of Your NFTs. 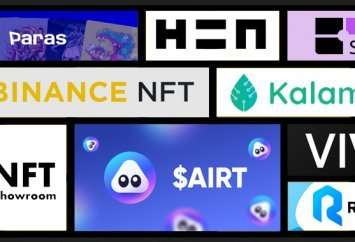