The Eagle is Landing – In Decentraland

This weekend Decentraland is celebrating the anniversary of the Apollo 11 moon landing with a faithful recreation of the event.

Saturday marks a grand anniversary in the history of space travel. It’s the auspicious date Neil Armstrong and his small band of astronauts completed their mission to the moon and back. The world would never be the same again. Now, 52 years later the Eagle is coming to Decentraland.

At 3:50 PM UTC on July 24, the Dappcraft Agency will reconstruct the Apollo 11 moon landing in all its glory. To coincide with the event, Dappcraft will issue a set of limited edition of moon landing-themed wearables. Award winning fashion designer, Nicholas Graham, has designed a set of Apollo 11 mission patches. The event will run for 24 hours and end at 3:50PM UTC on July 25.

The project is made possible by the combined efforts of metaverse studio Banquet Labs, the Dappcraft Agency, and fashion designer Nicholas Graham.

Apollo 11 is regarded by some as a watershed moment for the technology revolution. The landing itself, watched by 650 million people worldwide, blurred the lines between sci-fi and reality. Consequently, altering the perception of the term “impossible” for a new generation of scientists and dreamers. 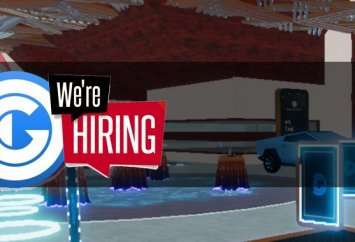 Game Changer Alert! Get Paid To Work at a Virtual Casino in Decentraland. 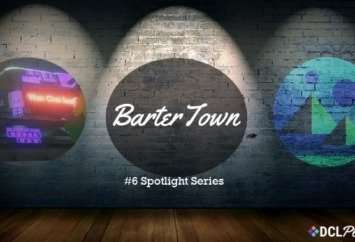