Worldwide Media Coverage For NFTs From Around The World – April 2021

Welcome back to our bi-weekly roundup of world media coverage of NFTs. It is becoming more and more common to see NFT news being covered by mainstream media, and in the past few weeks, the drop in NFT prices has got many media outlets talking about whether or not NFTs are a bubble that is about to burst.

As usual, CryptoArt news is what grabs the media’s attention the most, but in the past two weeks the metaverse and digital land also made it under the spotlight. So let’s take a look at which popular media sources have been covering the flourishing NFT space over the past two weeks.

Sebastien Borget, Co-Founder of The Sandbox, Featured on CNBC & Reuters

Sebastien Borget was interviewed on both CNBC and Reuters, and it’s pretty refreshing to see the media covering other aspects of the NFT scene rather than CryptoArt only.

Borget talks to CNBC host, Cherry Kang, about The Sandbox, virtual land, the recent influx of users joining The Sandbox, and the future of digital economies and job opportunities. Check it out below.

Reuters also featured an article and released a video discussing Beeple’s $69 million artwork, virtual land sales in Decentraland, and what metaverse founders like Sebastien Borget and Ben Nolan think of the future of NFTs and virtual worlds.

What do you do with a $69 million artwork that doesn’t physically exist?

That’s the question faced by the investor who calls himself Metakovan. He made headlines last month when he bought the digital artwork ‘Everydays: The First 5000 Days’ by @beeple https://t.co/ql8w2pmJti 👇 pic.twitter.com/kFr1REcJ0b

Fox Business News had an in-depth discussion with Dan Kelly, founder of NonFungible.com, about the hype behind virtual land and why it is worth so much. Kelly explains why the possibilities are endless in the metaverse, how he recently sold a plot of his own land for more than $100,000, and why virtual plots are extremely scarce assets. 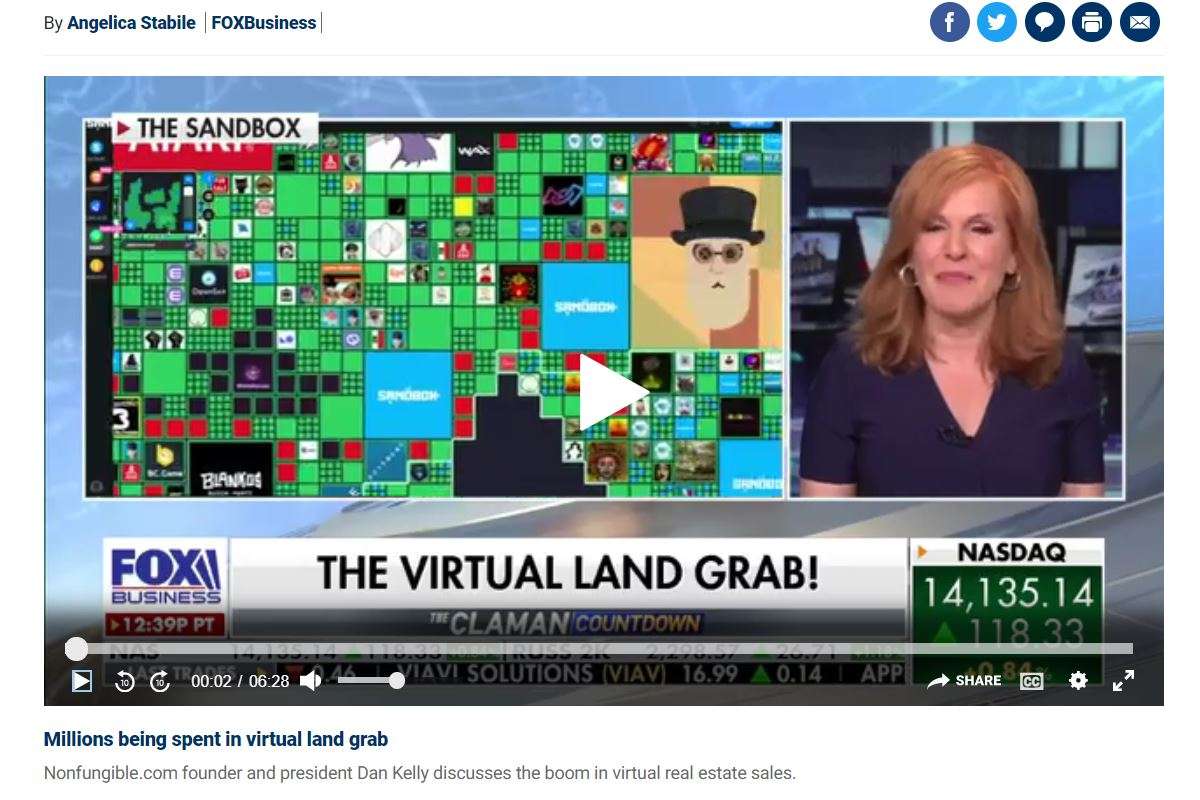 Vanity Fair, the world-famous magazine of popular culture, fashion and current affairs, released an article on the sale of Emily Ratajkowski’s NFT. The article talks about Ratjkowski’s attempt to reclaim ownership, through NFTs, over an Instagram photo of herself the artist Richard Prince appropriated for his “New Portraits” series. Ratajkowksi also explains how various brands and cryptocurrency brokers attempted to collaborate with her and sell an NFT of her image, but eventually she decided to do it by herself and keep all the profit.

CNN covers the story of Shane Dulgeroff, a real estate broker in California, who decided to explore a new way of selling properties, and recently tried to sell one of his real-life properties along with an NFT of the property. Dulgeroff was hoping to ride the Beeple wave and assumed he would get at least $20 million for it, but nobody ended up bidding on the house and house NFT on OpenSea. Read the article for the full story, and why Dulgeroff thinks the idea didn’t take off with the NFT community. 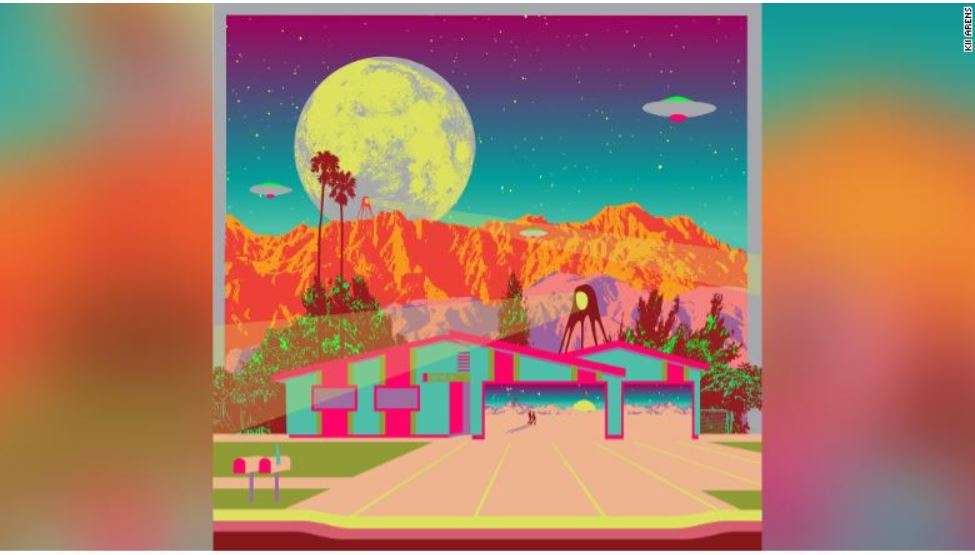 The Indian Express, one of India’s most popular English-language daily newspapers, published an article on the NFT scene in India. The article features Aparajita Jain, co-director of Delhi’s Nature Morte gallery, and talks about the new NFT marketplace she will launch for artworks of South Asian origin. The article also covers why NFTs can be revolutionary in establishing provenance, helping artists earn royalties, and it of course also mentions Beeple’s $69 million sale.

It’s been an interesting two weeks, and even more interesting to see what the media are saying about NFTs. That’s it for this week’s worldwide media coverage, stay tuned for our next article on who’s reporting on what and where, and which NFTs are grabbing the headlines. 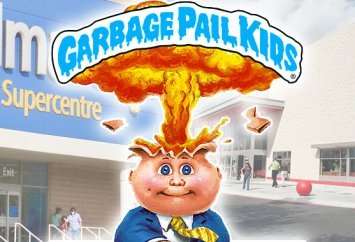 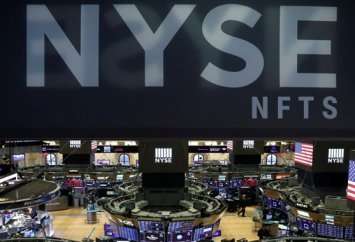