First of all, please be aware that burning Decentraland currency in NO way affects the initial $25m ICO investment, which is still healthy and in tact. Essentially, this means that if the ‘burning currency strategy’ didn’t exist, Decentraland would have now received over $50 million in funding.

All Decentraland currency holders should be aware of the rate at which MANA is burned (when a coin/token is burned, it essentially means it is destroyed and permanently taken out of circulation). In it’s current form, the set of rules under which it operates have been designed to organically increase it’s value, by constantly removing more and more from a total fixed supply.

If you are going to use, HODL or trade MANA, then an important price determining factor is the burn rate.

All MANA spent on buying land in the first and second Decentraland land auctions was burned.

Since then, avatars and wearables have been introduced into the eco-system. Each time they are purchased, a varying portion of MANA is also burned.

All this burning currency must make you wonder, how much MANA has been burned in total?

Land sold on the Decentraland Marketplace – 2.5% of total sale price is burned

Newly Minted Wearables Sale – Halloween collection 100% burned. No other newly minted items have been sold. Instead, they have been handed out as prizes.

Wearables Resale on the Decentraland Marketplace – 2.5% of total resale price is burned

* Burn rates vary from the official Decentraland marketplace and secondary marketplaces, such as Opensea.

As can be expected, all this data is being tracked by Decentraland, with a little known (and still in development) tool discovered recently, named the MANA Board.

It was always very well documented that the initial land auctions were going to burn all MANA used at auction. A bold and controversial move, considering Decentraland was literally burning millions of USD $ of potential funding which could otherwise have been invested in districts, more developers, on-boarding, marketing and maintenance of the platform, to name a few possibilities.

The first ongoing burning processto be introduced was for a 1% MANA fee from all subsequent land sales, as initially voted for by the community. Only 90 wallet addresses voted in that vote, still, a community vote is a community vote, and the result must always stand. Several months later, for some unknown reason, the community was then asked to vote on this for a second time, at which point it was increased to 2.5%. This remains the only topic to have ever been put to the vote twice, which seems to suggest that maybe Decentraland didn’t get the answer they were looking for first time round.

The burning of MANA for avatars and wearables was a decision made by Decentraland, without consulting the community. Furthermore, it is now evident that a % of MANA is also burnt from sales on secondary marketplaces, such as Opensea. The rates were created by Decentraland. but exactly what they are is still unclear. Notably, this was never put to community vote either, and was sneakily implemented, without any official announcement.

The race to burn as much MANA as possible, is seemingly in full swing by Decentraland.

It is important to understand that the official team building Decentraland all have a financial motivation in seeing the currency increase in value, as each is incentivised by a large, vested payoff in MANA token for their building efforts. This is in place to act as an incentive to build something great for the end user.

The way it works is simple…

The better product they produce >> the more users it will attract >> the more use cases MANA will have, as the economy develops >> the demand for MANA increases from inflated user numbers.

If you then couple this increasing demand, with a forever decreasing supply, well, this is the perfect recipe which has been created to ensure that MANA will be worth much more when the Decentraland team come to receive their final vested payment in a lump sum (scheduled for sometime in 2025).

There is nothing wrong with this, in fact, it makes total sense from a development point of view, and ultimately benefits everyone. The official team get a larger payout (in terms of MANA to $ rates), the end user gets the best product that the Decentraland developers could possibly create.

In recent days we have seen a big increase in MANA prices on the exchanges, could the burn rate be starting to influence the price? At the moment, it’s too early to say, but with the way the whole currency is designed, that is certainly the intention. 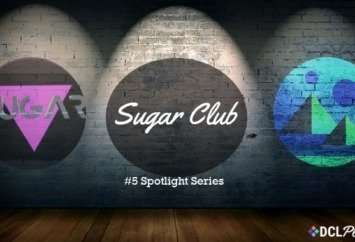 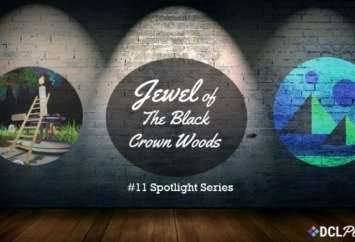