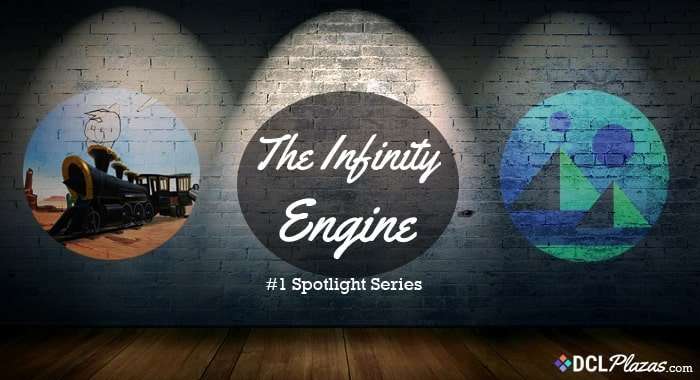 In a little over 2 weeks time, Decentraland will open its doors to the public for the very first time.

Over the 2+ years of development, the project has been relentlessly supported by a strong and loyal community who have now grown to form the pillars on which Decentraland stands.

It hasn’t all been easy, people have come and gone, projects have started and finished, but what remains today is an impressively large and varied pool of talent… and it is important that these people and projects are celebrated.

With this in mind, DCL Plazas is collaborating with the official Decentraland team for the very first time, to bring to you the start of a special ‘Spotlight’ series.

This daily series of articles will run until launch day on the 20th February 2020 and will follow an interview style format, with all the published answers coming unedited, directly from the creators themselves.

Starting things off, we we would like to introduce you to #1 in the Spotlight series: The Infinity Engine by Bence and his team.

Name of Project: The Infinity Engine

How did you find out about Decentraland?

Bence: Saw it long ago on banner ads, but dismissed it (huge mistake) and missed the auction by far. Seen it pop up again a year later on twitter retweets of people and crypto portals I followed and saw a Builder contest.

What first attracted you to Decentraland?
Bence: First, I was attracted by the Builder contest, since I was a 3D Tech artist I thought I would give it a go. I took 3rd place Bittrex sponsor award in the first contest and I was hooked. Learned the SDK and joined all contests ever since.

What do you consider to be the biggest selling points for Decentraland?
Bence: Besides being very cutting edge and the full DAO plans, for me it is the ability to host your own game/content in a world where people can just walk up to it and discover it somewhat “naturally”. When one of my contest entries was deployed and I was standing there as people played it, that had a really special joy to it. It hit me that people usually play video games alone at home, but here in Decentraland they can just spontaneously meet and chat about a game they are both standing at. Heck, people could even chat with the developer of a game directly next to the game ? I love this aspect. 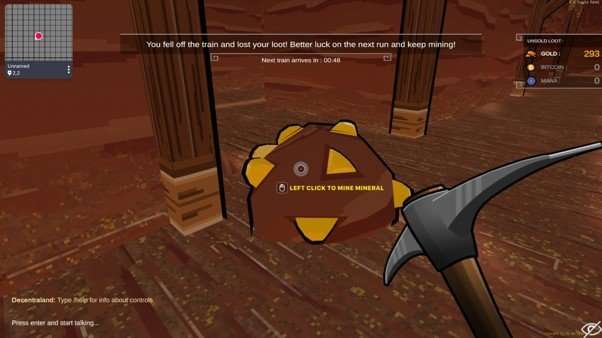 What is the Infinity Engine project?
Bence: The project is both a licensable game engine inside Decentraland and its own first demo application in one. The engine created for the project can move the whole content of the estate in any direction opposite of the player, thus allowing infinite travel inside the boundaries, sort of like a simulator. In the demo application I’m displaying the capabilities of the engine by moving a steam engine train across a large desert area. The players can mine loot underground and then they have to take the loot on the train to sell it and defend the train from horse riding bandits along the way.
TL;DR: Wild west train defender simulator using infinite movement technology on your parcel. Mine loot and shoot bandits.
The plan is to offer the infinity engine technology to other landowners for a MANA fee, and I would accommodate it to their needs.

Why did you start the Infinity Engine project?
Bence: When I got the idea of the infinite ground system, I originally planned to use it in an upcoming SDK hackathon contest. I wanted to surprise people with the tech. The contest never happened, but I was contacted by DCL to propose an idea to them. They loved the proposal and that’s how I became an indie developer for Decentraland supporting the public launch with content.

What are you currently working on?
Bence: Everything. Literally, from backend database management for scoreboards all the way to UI/UX and animating horses of course. Fixing bugs for the public launch mostly.

What goals do you have for the Infinity Engine?
Bence: I am now concentrating on the public launch to go well and people could play a working but stripped down version of my game idea.

What exciting things should we look out for from you in the coming months?
Bence: If the first launch of The Infinity Engine succeeds, I wish to update the game monthly gradually to full version. This includes prize winning for top players, NFT tools, weapons, multiple train stops, more types of enemies. Imagine, you can literally mine your crypto and then win it at the end of a tournament.

Where do you hope to see the Infinity Engine in 2 years time?
Bence: Two years is a lot of time in blockchain development. I’ll try to adapt to the direction Decentraland will take after launch and provide more content for the users. I hope there will be people looking for licensing this type of tech as well and I can help them build awesome experiences with the engine. 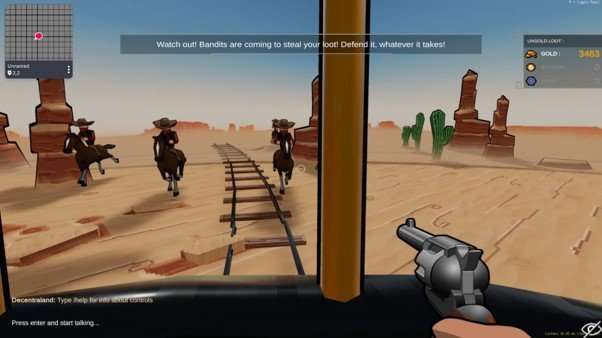 Will Decentraland become the lively metaverse we are all hoping for?
Bence: So far it is a strong yes! The team is building cutting edge stuff on a brand-new platform, with lots of unforeseen obstacles and I think they are handling it the best they can. I have high hopes for the full decentralization of the platform as well! So many new technologies and concepts coming together in one awesome project!

DCL Plazas would like to wish Bence and the team the best of luck with their project, and give a big thanks for taking the time out from developing to help us produce this article.

Thank you for your support, and see you in Decentraland! 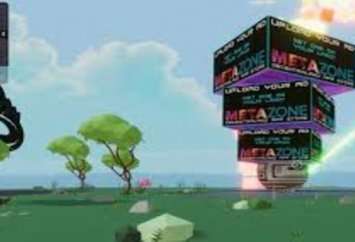 The Time Is Near…Decentraland Launch Date Confirmed For February 2020