Welcome to my third Cosmic Convos! This week I took a break from Twitter and focused on my mental health a bit. We sometimes forget that Twitter is not real life and that we shouldn’t act like it is. It’s good to take a break this way you can come back refreshed with a brand-new outlook on things. There’s a forest near where I live and I’ve gone there every now and then. It was wonderful to take a walk in nature and just switch off the online world. Fall is one of my favorite seasons and nothing beats the smell of Fall leaves.

I was happy to come back though to show you my conversation I had with a great artist I’ve met on my NFT journey. She’s already well known in certain online communities, but is new to the NFT world. I immediately fell in love with her work when I saw it and wanted to know more about the person behind the art. It feels so good to get to know artists in a personal way and know their story. It makes their work so much more meaningful. I was very inspired by her story and I hope she can inspire many of you readers too. I think she has a bright future ahead of her in the NFT space, have fun reading my conversation with Vmat!

Rei: Hi Viviane. I always ask where the artist name comes from, but yours is obvious if you know your full name. Can you tell me a bit more about yourself and where you’re from?

Vmat: Hi Rei. You are right, my artist name comes from my full name: Viviane Matsukuma. I am from Brazil and I have been working with art for a very long time, from game companies to freelance work. 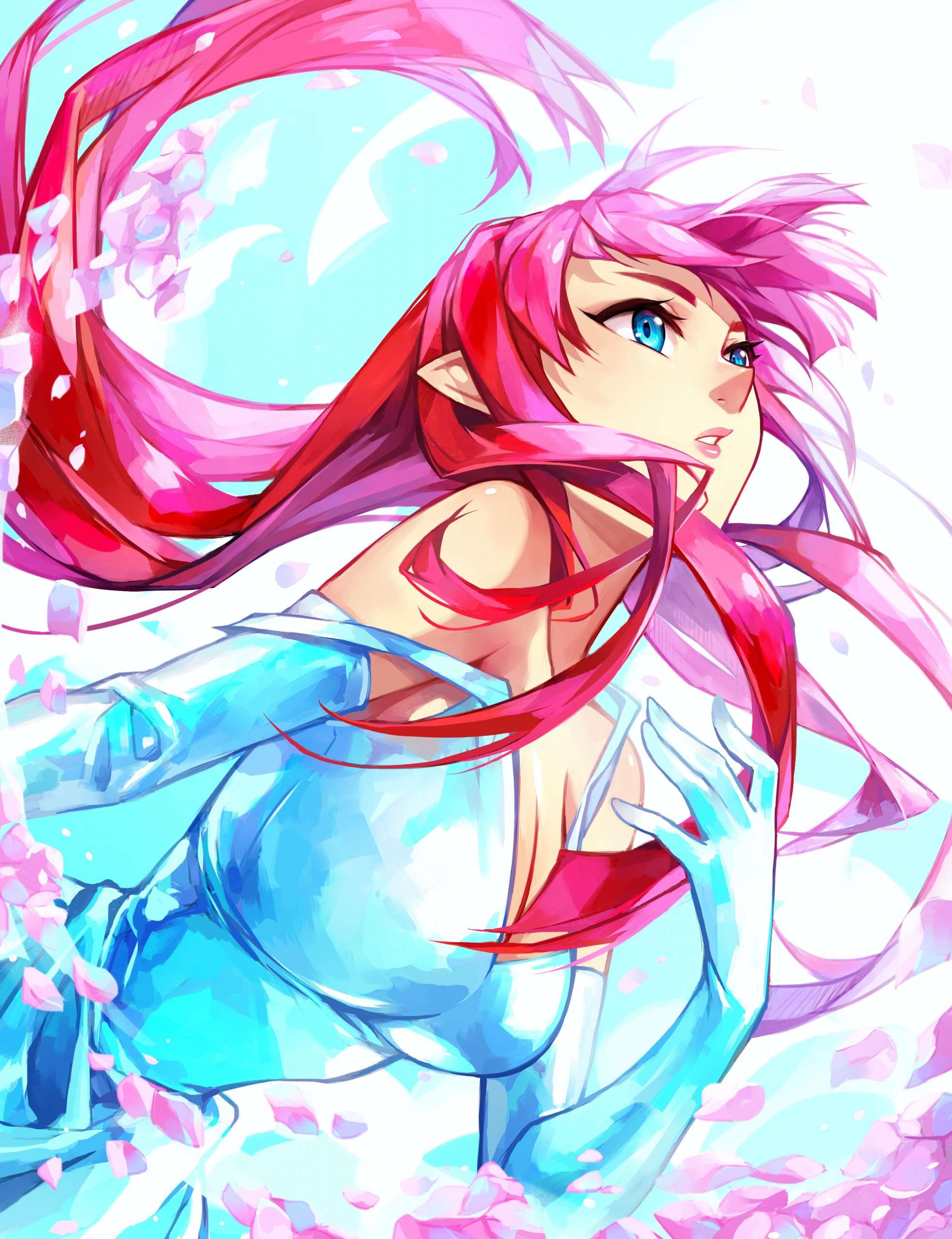 Rei: For how long have you been making art?

Vmat: I started drawing when I was a kid so it has been around 21 years. I remember my first “How to draw anime” magazine and how much I read and tried applying the teachings from it on paper. Soon I moved to digital art and I met so many good artists online. We used to stay long hours drawing on a web application called Paintchat, basically you could join a text chat and a white canvas with some basic brush tools and a few layers. I miss those times, I had a lot of fun. After that I started my professional career, which includes doing art for games, social media, digital influencers, etc. 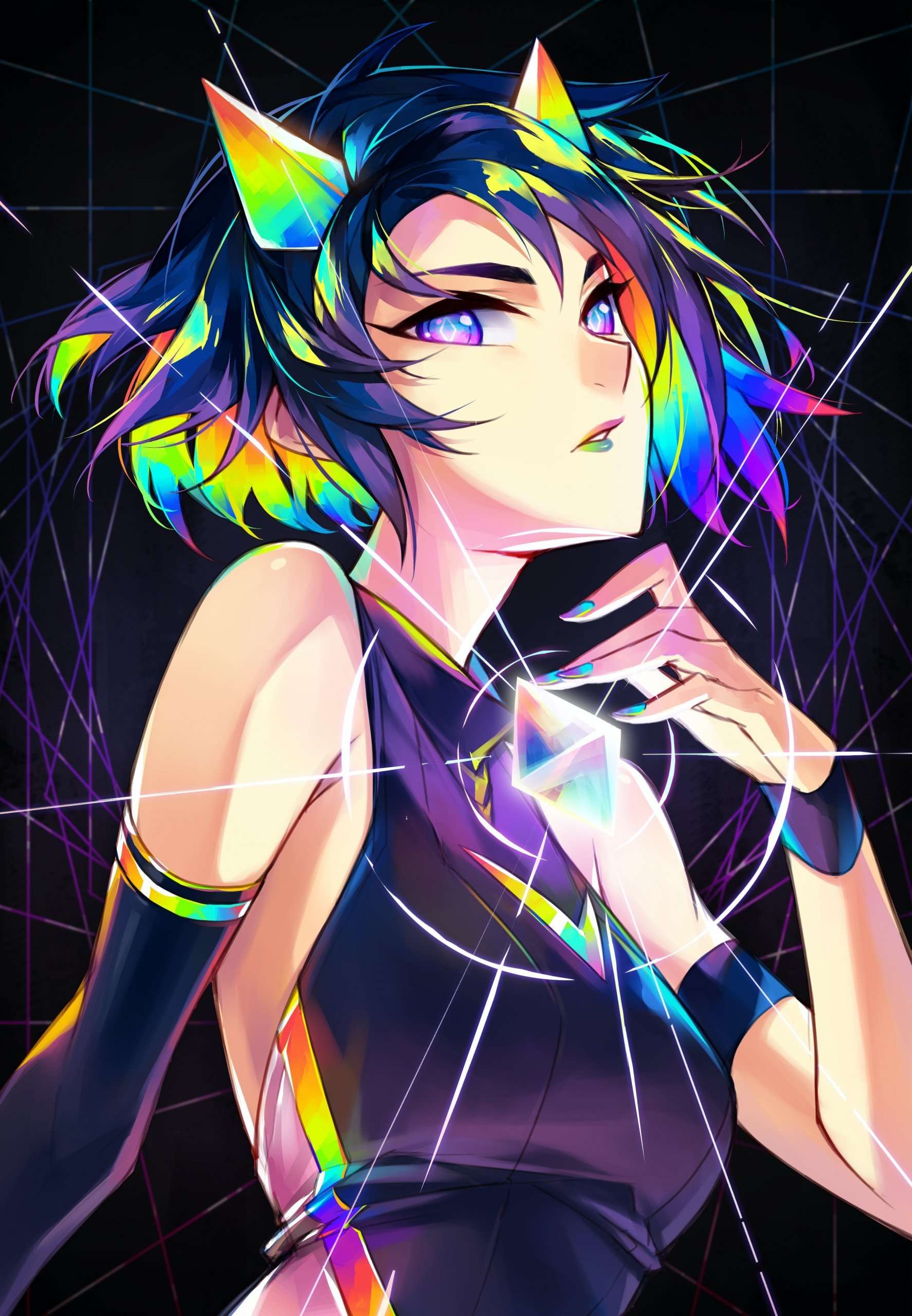 Rei: I can see that you are very influenced by anime, manga and the Japanese culture. When did this fascination start and can you name a few specific examples of your sources of inspiration?

Vmat: Like most artists, I used to draw fanarts from the popular animes from the time, like Dragon Ball and Sakura Card Captor. I am also a Japanese descendent so the Japanese culture had a big influence on me while I was growing up. I read a lot of manga and watched lots of anime as well.

As a person who grew up during the anime boom over the world I do not think it would have ended differently. Probably today I would be way more influenced by the Korean culture than the Japanese one since the anime era is not as it used to be. But I do really like animes because of their stories, the way they are told and animated. I like anything from shounen to shoujo genre. Even if the art is not super appealing, a manga with a good story will catch my attention from start to end. 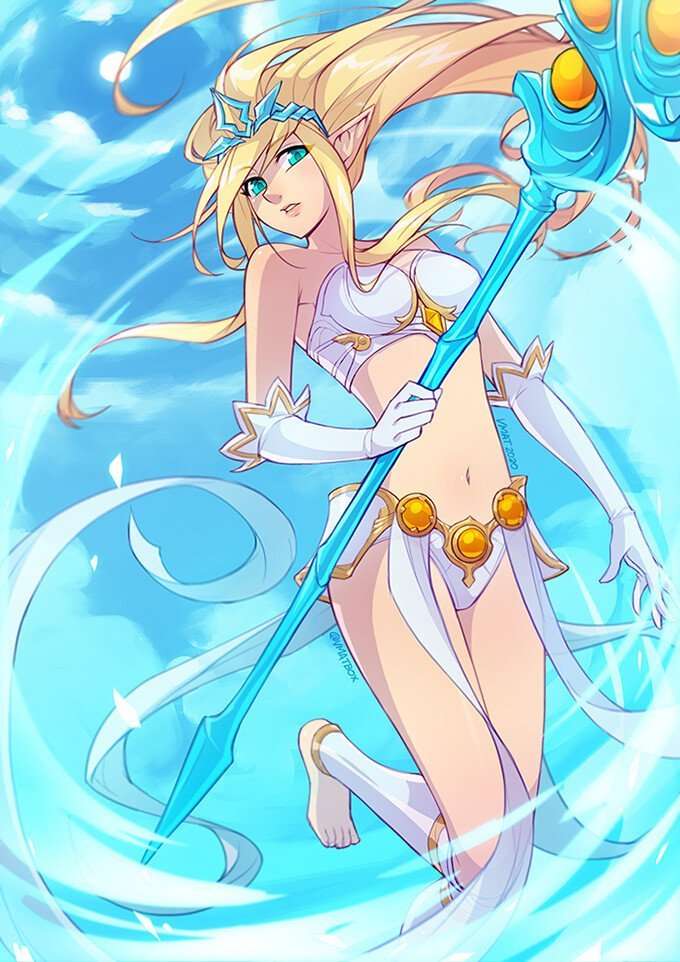 Rei: Gaming is also another one of your major inspiration sources and you have even worked for many published mobile game titles. Can you tell me a bit more about this?

Vmat: Yes, I grew up playing games. Pokémon Yellow was one of my favorites when I was a child. I remember spending hours trying to pass the areas and finding the hidden items. I also like Persona, Phoenix Wright and Professor Layton series. My favorite game from all time is Ghost Trick for 3DS. During my high school I played Counter Strike a lot which made me a big fan of FPS games and League of Legends is also a part of me as well because I have been playing it since Season 1.

I am known on social media for posting fanarts of League of Legends but before that I used to work for a game company here in Brazil called Tapps Games. I joined there when they were just a start-up and they had the crazy but also interesting idea of making one mobile game per week, which made me be fast on creating assets and concepts for games. I got a lot of experience during my time there and some very well known titles published like “My Boo” and “Cow Evolution” series. 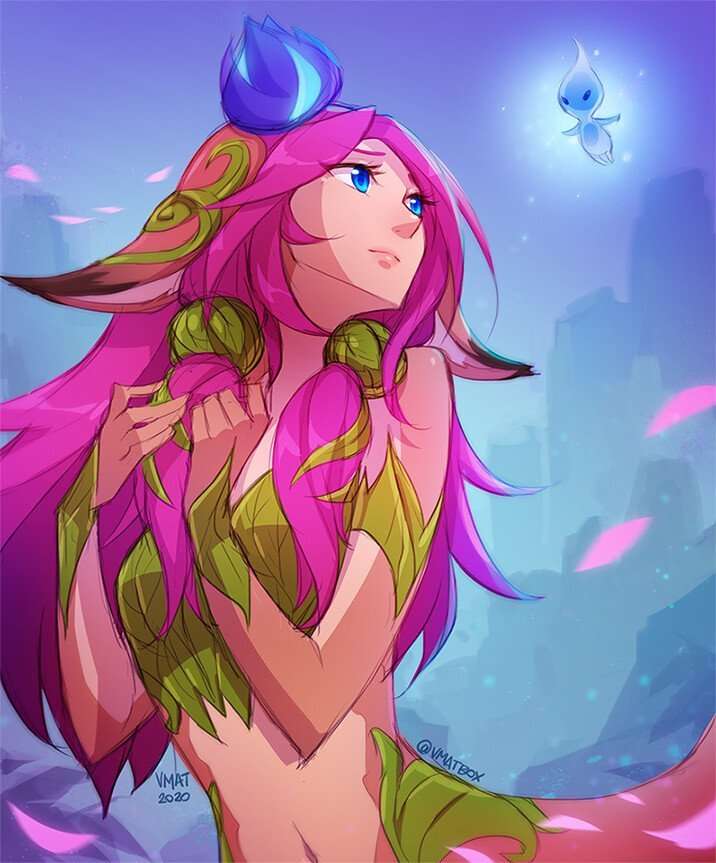 Rei: At some point you started transitioning into the NFT space. When and why did you start making NFTs?

Vmat: After I left the game company I started being just a freelancer and as you know we artists struggle a bit to survive with the money from commissions. It is always uncertain about the future. Because I had no time to be active on social media while working I had no following and no influence so I had some trouble to build my name again.

I started posting more on Twitter and doing League of Legends fanarts, it took around 3 years to get to this stage where I am at right now. About NFTs, I am relatively new to the community, it’s been around 2 months. I joined at the end of August. I saw some artists starting with NFTs and I decided to try it myself. The reason is just that I want to see if it is possible to make a living from it or at least a new source of income as the freelance work is. 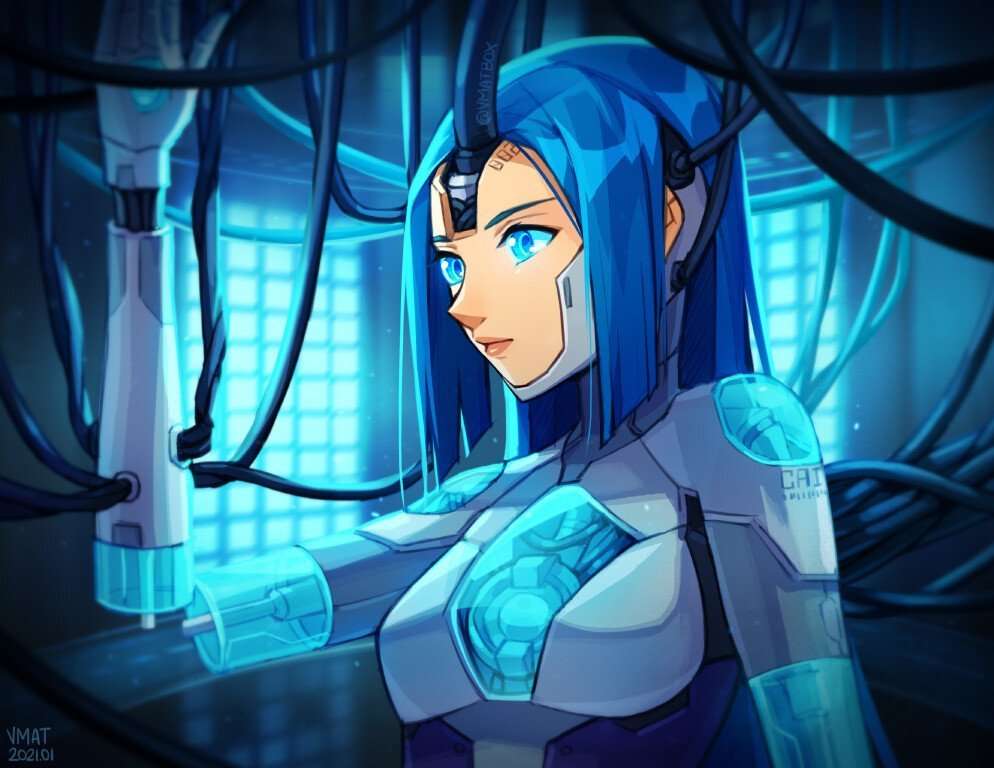 Rei: Do you have any specific goals you want to achieve in the NFT space?

Vmat: I do not think I was clear before so the main reason I left the game company is because I wanted to be able to draw whatever I want. I could not achieve that by doing freelance art as well so for the past 3 years I have been trying to take the minimum amount of commissions to just pay my expenses and I was focused on posting art that I felt like doing on the rest of the days.

This year I decided to find other ways of getting income without relying too much on commissions, which made me open my Patreon and start streaming art on Twitch. Unfortunately because I do not wish to restrict what I post for only Patrons, I have quite few people supporting me there, I am not sure if that is the best solution for artists to be honest. If you put special content only on Patreon you may get more supporters but at the same point you get less people finding your art on social media.

I have never cared about drawing fanarts or original art, I want to draw anime girls and funny content, ideas, whatever I feel inspired on the day. My goal with the NFT space is to be able to sell my art and be less worried about taking commissions monthly to pay my bills. I could just draw more what I feel like. 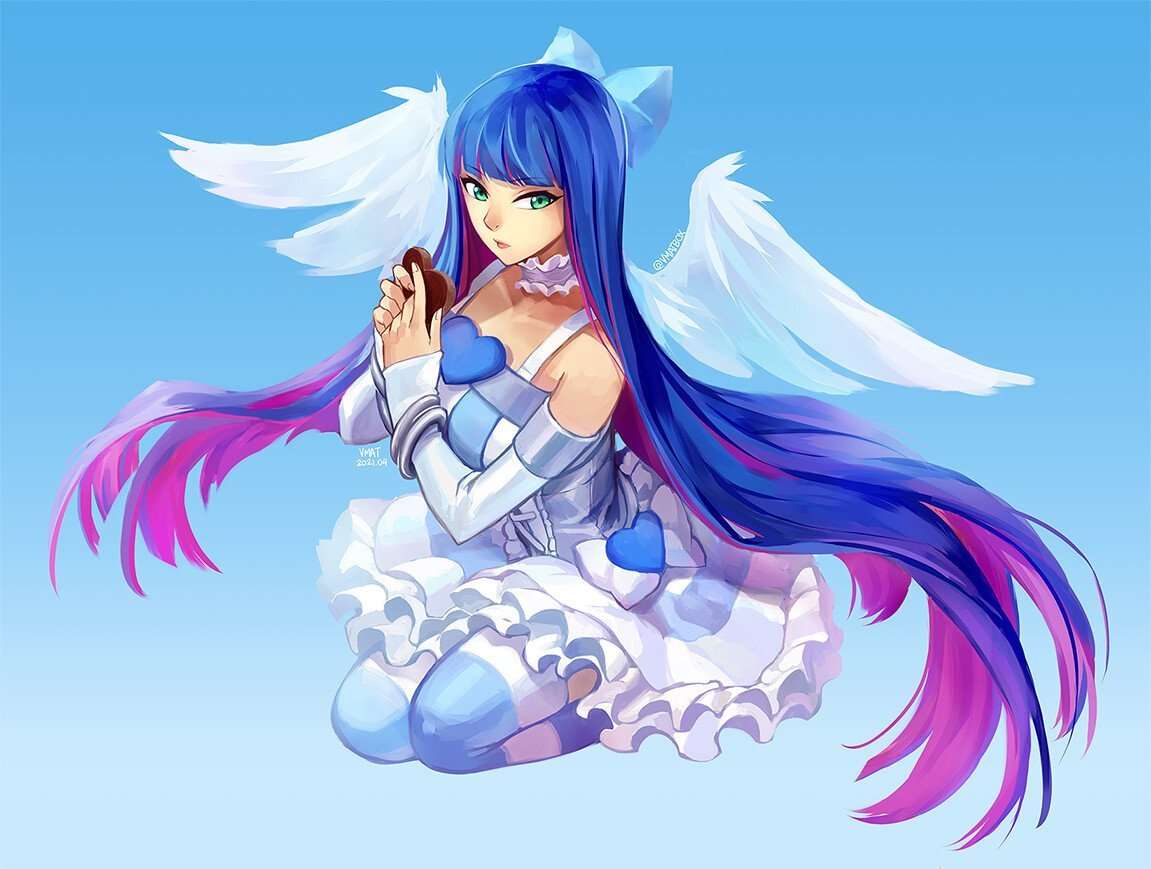 Rei: Do have a specific message that you want to convey with your art?

Vmat: To be honest, no. I just want to draw, show my art to people and see their reaction to it. If they enjoy and get inspired by it I feel glad but I do not think that much ahead about it.

Rei: Which other artists do you look up too?

Vmat: It’s a bit hard to name all of them because I like specific stuff on each artist. For example I love the colors from Takehito Harada, the concept artist from Disgaea games, the awesome mood from Makoto Shinkai backgrounds, etc. On the NFT space I am still discovering the artists but I am glad that Naoki Saito recently joined it. His tutorials on YouTube are very good. 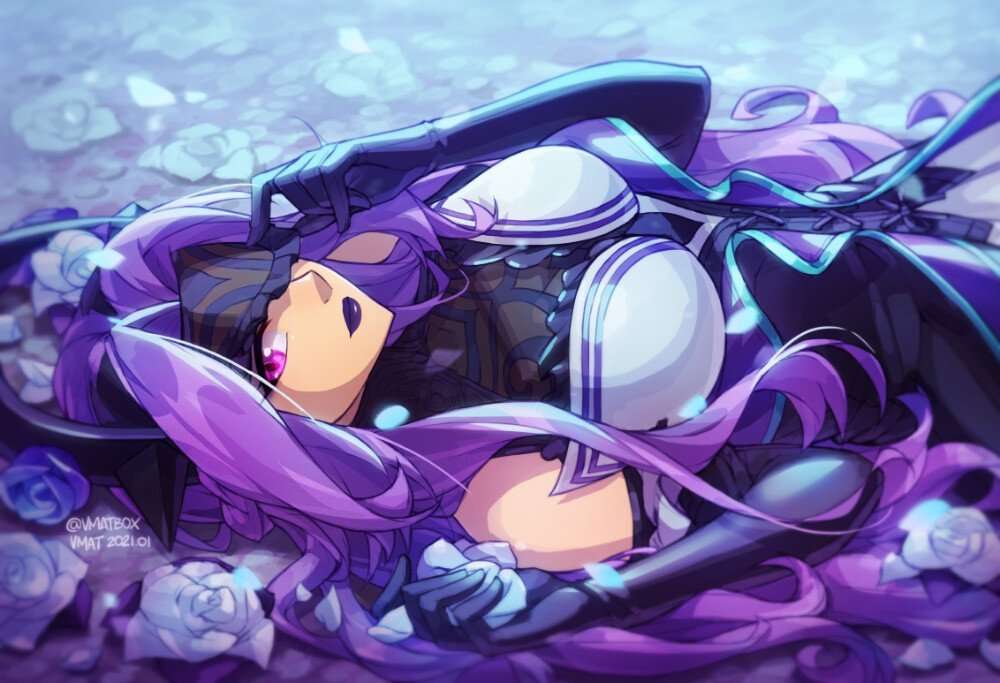 Rei: If you had to envision the world in the next 25 years. How would this look like to you and what place would NFTs have in this world?

Vmat: Hmm, this is a hard question. I usually do not think that much ahead. I just hope that the NFT space thrives and becomes more popular that all artists can rely on.

Rei: Last but not least, where can people find out more about you and your art? 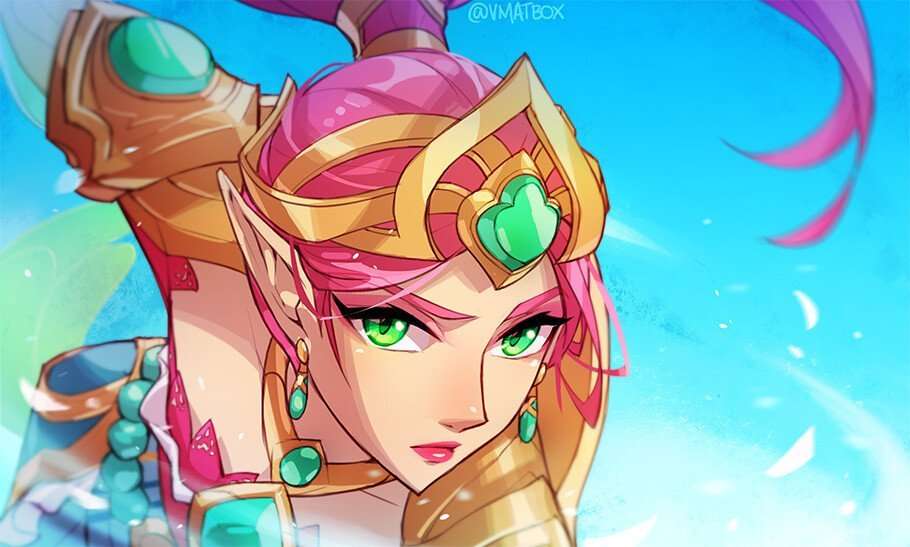 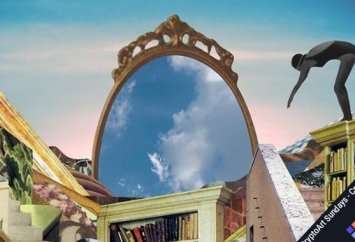 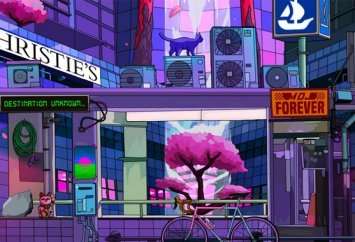 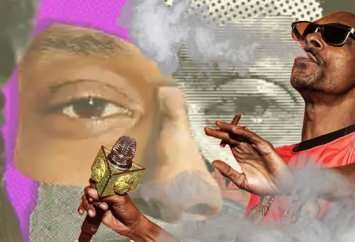 Snoop Dogg and Coldie to Debut Collaboration on SuperRare 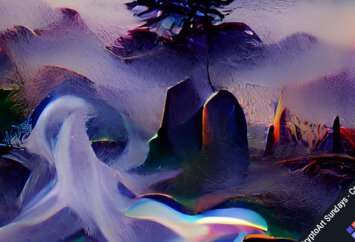 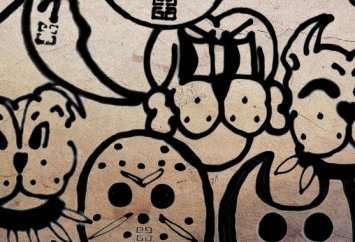